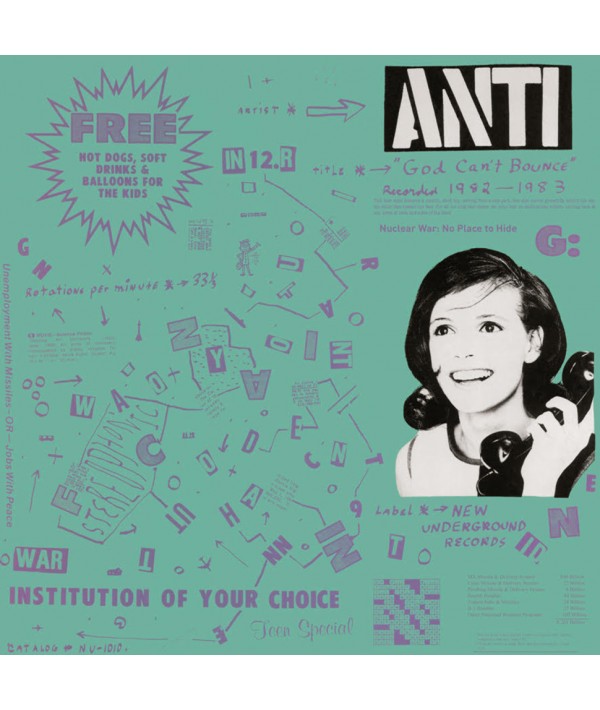 ANTI's 1984 God Can't Bounce collects all their tracks from the New Underground's label Life Is... compilation (a California Punk manifesto of sorts which also included, among others, the Descendents, Minutemen, and the Germs), and outtakes from both previous albums, consisting of recordings made in the 1982 and 1983 period. Ten slabs of pure California Punk Rock for fans of Black Flag, Bad Religion, Sin 34 and the like. First vinyl reissue in nearly 35 years on Radiation Records.