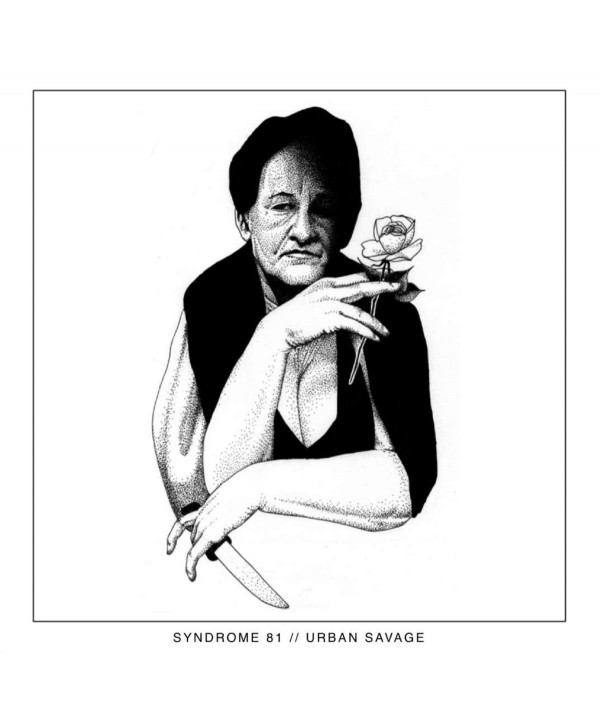 A monster of a split between two of Europe’s best bands. Syndrome 81 are from Brest, France and straddle a pretty fine line between classic French oi and USHC. They seem to shave a little bit of the USHC off with every release and bring out a little more melody in its place, but their records are consistently top notch and this one is another moving in the same direction. Both tracks are solid drivers with shouted vocals and dark guitar lines pushed to the back of the mix. It’s an interesting trick and sets a moody, atmospheric vibe for their side of the split. Urban Savage, from Malmö, Sweden, also mix some classic street punk sounds (though their influence comes more from UK82) and USHC. Their cuts are stompers and slow way down from their previous record 7”. (Full disclosure, I handled the American distribution for their last record.) These guys sing in English, and though English is their second language, they write better than pretty much any American punk or HC band. They contribute two songs, the straight-forward punker “Cruel New World” and the angular stomper “Darwin among the Machines,” both solid tracks with lyrics dealing with apocalyptic themes and a disassociation with humanity. (Razorcake)