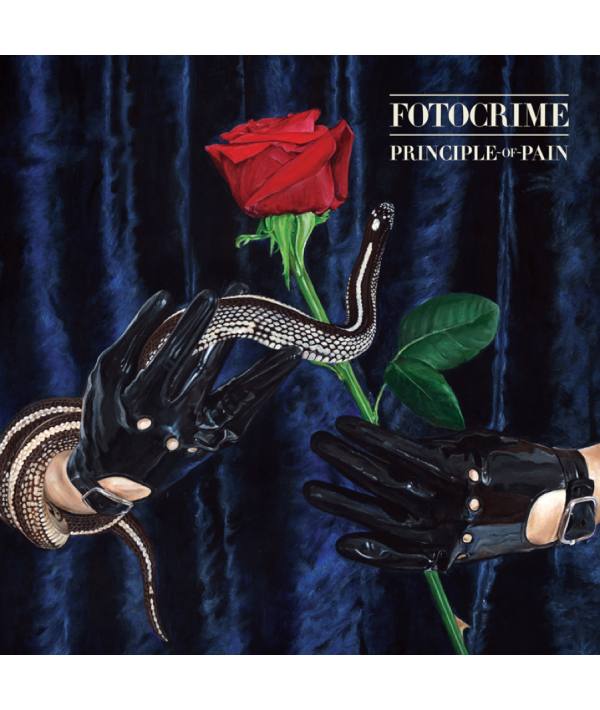 Following last year’s acclaimed EPs Always Hell and Always Night, dark post-punk trio FOTOCRIME have announced the details for their debut full-length album, Principle Of Pain. FOTOCRIME is the creation of singer, songwriter, and multi-instrumentalist R (aka Ryan Patterson, longtime tentpole of the Louisville music scene). Set for a May 18 release Principle Of Pain boldly returns drum machines and analog synthesizer sequencing to the forefront of the guitar-rock landscape, resulting in an album that confidently displays a mastery of song craft and stylistic range while crafting an distinct sonic identity.
Written and demoed in his home studio over the course of a year, R shared his work with no one before traveling to Baltimore to record the album with producer J. Robbins, a friend and collaborator of nearly two decades. The album was completed with contributions from a small handful of friends, including future FOTOCRIME band members Shelley Anderson and Nick Thieneman. The stunning original album cover artwork was painted by Chicago-via-Barcelona artist Noelia Towers, renowned for her beautiful, challenging artwork depicting elements of BDSM and feminine power. An in-demand painter and apparel designer, this is her first commissioned album artwork.