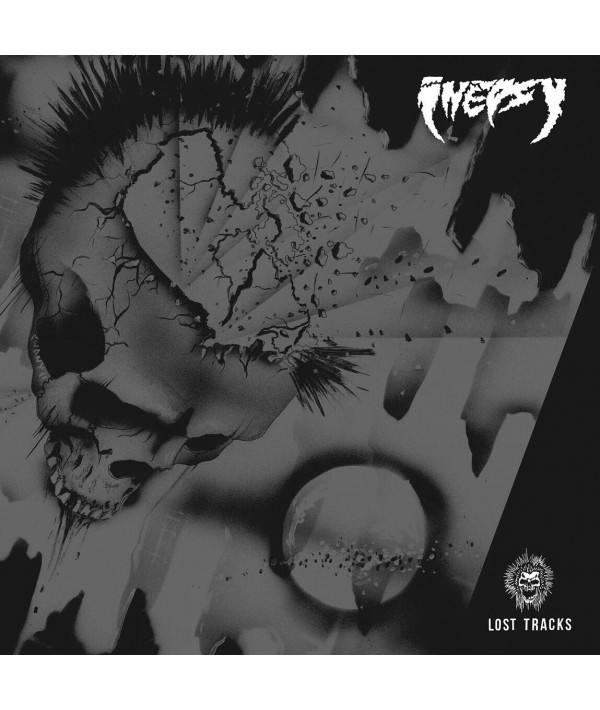 So, it turns out Beyonce isn’t the only one who can pull off a surprise album drop, as Lost Tracks marks the unexpected return of both Inepsy and Feral Ward Records. It’s unclear how active either entity will be going forward, but for now I’m happy to count my blessings. We last heard from Inepsy on 2007’s No Speed Limit for Destruction. While that album’s clearer production and emphasis on hard rock riffing over punk energy garnered it a mixed reception, history has been kind to it, and most people now regard it as an essential piece of the Inepsy canon. Inepsy did basic tracking for Lost Tracks in 2009, so it’s unsurprising that this sounds more like No Speed Limit than the grittier first two LPs. All seven tracks sound like classic Inepsy, which is to say they sound like prime-era Motorhead with a slightly different vocal delivery and a more political lyrical bent. “Fuck the Power and Glory” and “Horror on the Greyhound” are the fastest / punkest tracks on the record, but my favorite is the closing “Nuclear Nightmare” (which is a nice callback to an earlier lyric). This track has the slowest tempo on the record, but it also has its meatiest, most fist-pumping riff. We've sold a ton of copies already, so you probably don’t need my encouragement to pick this up. However, if you had any doubt, I’m happy to confirm that Inepsy is still Inepsy. (Sorry State)