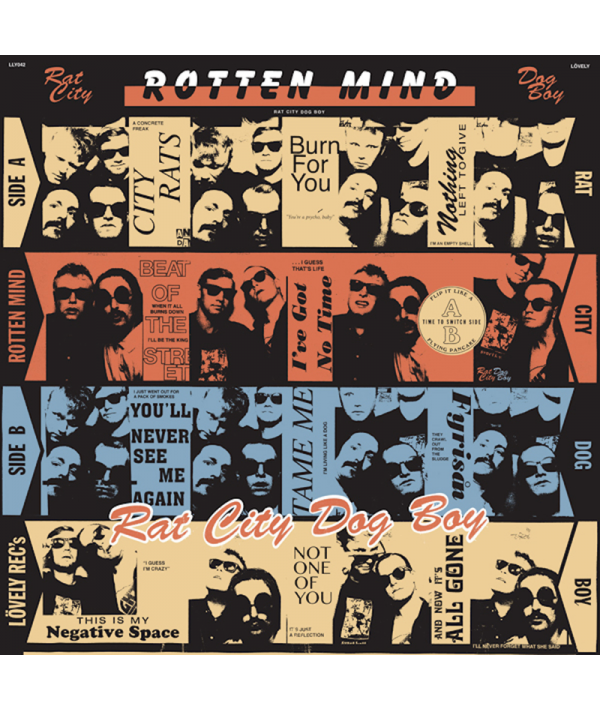 Combining elements of 77'punk, post-punk and garage rock, Swedish indie- force Rotten Mind are back with their fourth full length album. With Rat City Dog Boy, Rotten Mind returns to their musical roots while embracing new influences to create an album that sounds both fresh and vintage, making the band appealing to old-school punkers as well as newfound lovers of the scene. Since the release of their critically acclaimed debut "I'm Alone Even With You", Rotten Mind has played shows in Australia, Germany, France, Sweden, Austria, Belgium, Denmark, UK, USA, Spain and Czech Republic, and has been recognized in music magazines such as NME, Vice, Gaffa, and Hymn.