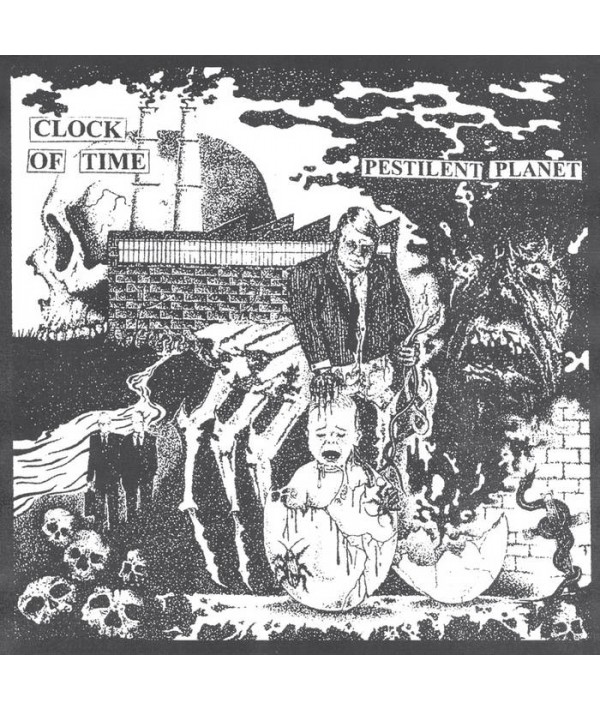 “Pestilent Planet is the debut 7 track album from Berlin’s Clock of Time and it’s released a mere 8 months after they played their first gig. The band comes fully formed and up to speed but that is not surprising considering some of the members other projects such as Diat, Vexx and Useless Eaters. Pestilent Planet is a stunning statement of intent. The sound is a driving mix of post punk like Jeopardy era The Sound, and that classic 80’s death rock that Vex and Arch Criminals perfected. It’s instant and urgent especially tracks like ‘Rotten Master’ which has a fuller Joy Division esque vibe especially in the skeletal guitar hook. It will be love on first listen.” (Sean Forbes)