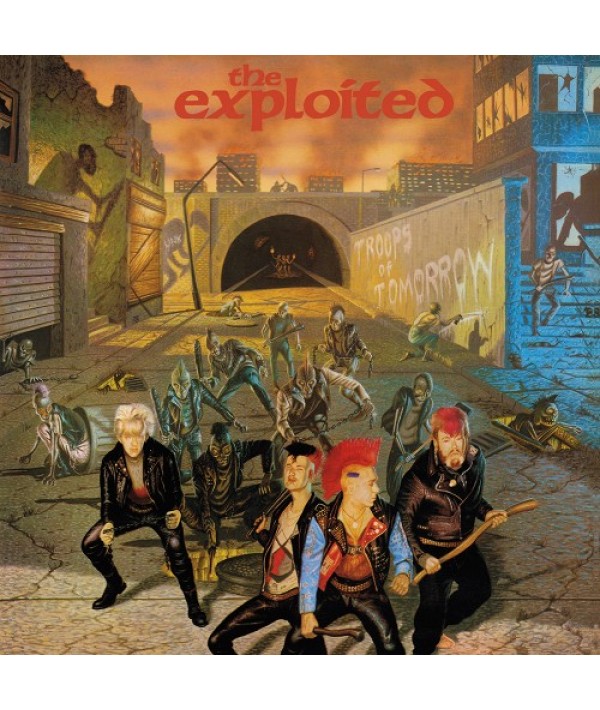 EXPLOITED (THE) - Troops of Tomorrow - LP

In the early '80s, British punk took a turn toward hardcore and the Exploited (along with G.B.H, Disorder, etc.) led the charge. The beat was fast and furious, the politics ferocious, and the magenta mohawk became state of the art. This album is blessed with great production, something many hardcore albums lack, meaning the froth and fury don't come across as a total muddle. Moreover, the machine gun beat comes with hooks that leave you humming along with the tunes. Big John was a decent guitarist and his fireball leads add spice to the mix. Highlights here are "Disorder," "Alternative," "U.S.A." and the title track (penned by the Vibrators). The album is as much a glimpse of the gutter politics of the U.K. under Maggie Thatcher, giving voice to frustration and emptiness of a generation of street kids who looked on the waning empire and saw themselves left out. It's raw, loud, and a downright classic.