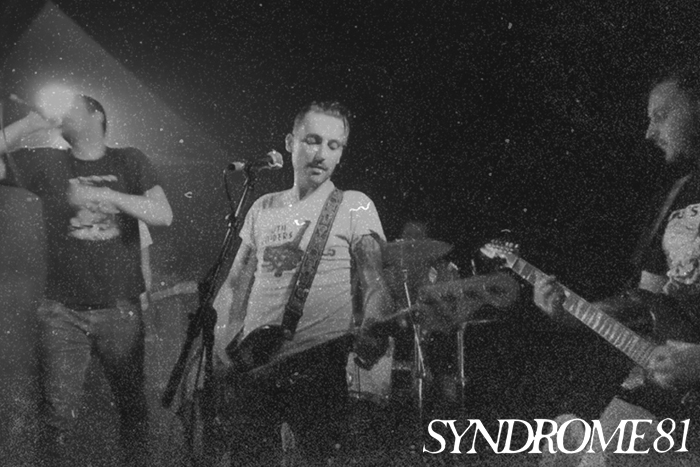 Today is the day first Syndrome 81 album is released. It has taken years for the band to write and record this impressive album and then it has taken months for us and them to prepare the release. We have pressed a lot of records but still not enough apparently, today the record is sold out from us.
Don't worry, don't panic, don't buy it for stupid price on discogs, the record is still available in Germany on Sabotage Records and will soon be released in the US on Black Water Records. We have also sent hundreds of records to your favorite stores and distros, they will receive them in the coming weeks depending on the country.
There is also a repress in the way, both black and colored vinyls will be available again later this year. The music and lyrics will be as good, no need to spend your money on a first press ! Colored version is not a limited version, it's an alternative, we've done plenty of them and we'll do more if you need that, there is no super limited version, if you want to speculate, try something else !
If you have pre-ordered records on our website, we're shipping your parcel as soon as we can, please be patient, it's a lot of parcels to pack and ship, this label is not our job, all this needs a lot of time and energy and our lives are already very busy.
For the first time in 10-15 years we have done a CD version of our new releases, both Bleakness and Syndrome albums are available on this modern era format, we have them in the shop.
PS : Pour les disquaires français : les nouveaux disques sont disponibles via l'autre distribution, merci à Romain et l'autre distribution pour leur aide. Les LP/CD de Syndrome 81 et Bleakness pourront être disponibles dans la plupart des disquaires en France dès aujourd'hui.
THANK YOU VERY MUCH FOR YOUR SUPPORT !
CD VERSION STILL AVAILABLE : http://www.destructure.org/store/syndrome-81-prisons-imaginaires-cd
Tags: