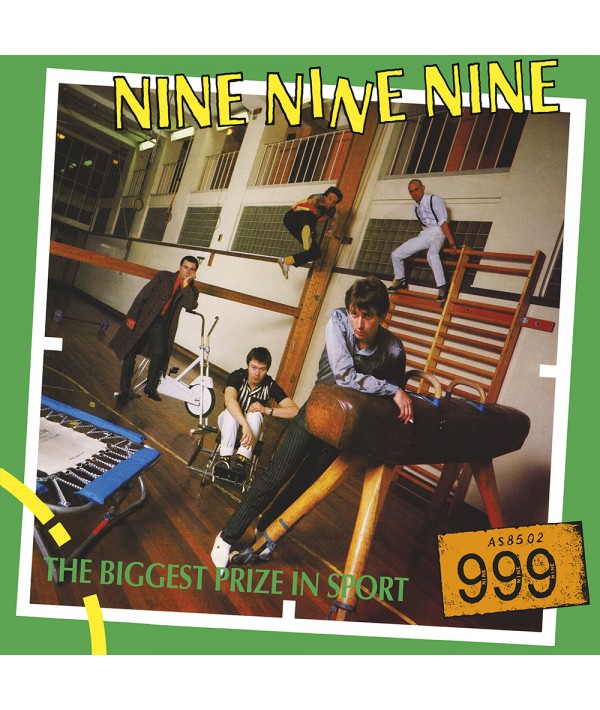 After two terrific albums with United Artists, the boys in 999 signed a deal with Polydor and released what is now considered as their finest full length LP, "The Biggest Prize In Sport". While still a 'punk' band, 999 were born during the pub scene and had more meat on their musical bones than most punks, and instead of turning away from their punk sound, they simply refined it. Upon first listening to this album, many folks were amazed to find out that 999 were a great rock n roll band, punk or no punk. The edges are still there, but they are more well-rounded this time out thanks to producer Vic Maile. The anthemic "Boys In The Gang" starts off the set in style (but 999 always knew how to kickstart an album). "Inside Out", with Guy Days' twisted guitar riff, picks up the pace. Although "Trouble" slows things down with it's reggae groove, it's such a great change of pace (Nick Cash's wail sounds similar to the Specials' Terry Hall on this track). "Fun Thing" has a great little hook and a powerful guitar solo that will grab you by the balls. "Hollywood", about their first trip to California, received solid airplay in the U.S., and has remained a 999 classic ever since. "Stop! Stop!" is a bouncy little bubblegum punk nugget. Practically every track a classic. (Allmusic.com)