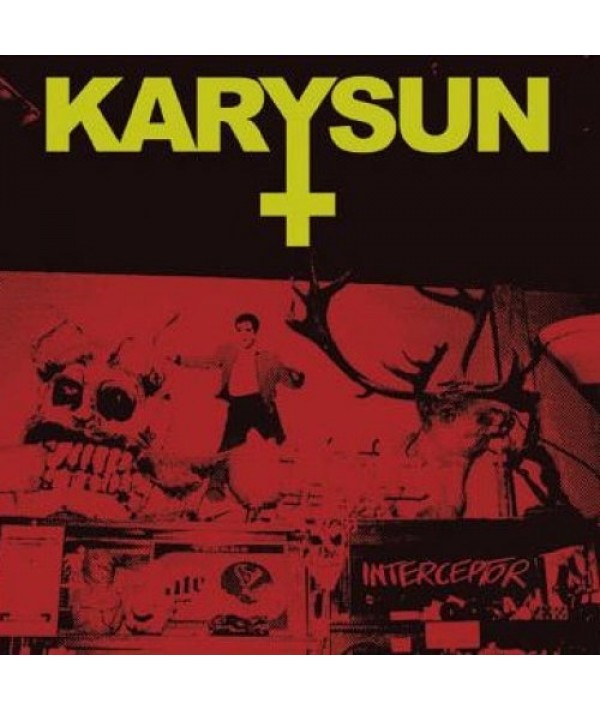 « Here's a drums n' guitar powerduo that could give Black Cobra a run for the sludgy money - their debut album Interceptor (mucho rad Mad Max reference, there) combines huge crunchy garage metal riffs with spaced-out gutteral Lemmy vocals, leagues of fuzz, and a droning scumbag swagger that reminds me of a noise-rock tainted Black Cobra or High On Fire. There is some really rad shit happening in here though that makes these guys stand out...the distorted motorik drumming that opens "Until I Die" that then launches into an awesome boogie jam with a whiff of fuzzbomb krautrock and The Cult around the rocking verses; the pulverizingly slow and droning sludgecore of "Glad Corpses" that reveals a surprisingly poppy riff under all of the droning guitar crush; again, some massive motorik sludgemetal drone propulsion behind the instrumental title track; "Torche Police Cars" comes off like an unlikely cross between High On Fire, Motohead and Crowbar; "Paco De Lucifero" is a grim acoustic flamenco style tune covered in grit and distortion. All heavy as hell and rocking and loaded with TONS of killer fuzzed out groove, a far cry from the hardcore screamo of the members previous band Amanda Woodward, who were a big name in the French hardcore scene. But the album takes a hard left with the tenth and final track, "Certain Death". Here, it sounds like Karysun decided to drop the droning motorik boogie metal and spacey sludge and go for a massive psych-doom blast to close out the album. A thirteen minute epic of noisy hypno doom, a crushing almost industrial slo-mo riff repeating over and over under a hurricane of distortion and fx and those hoarse, howling vocals sinking deeper and deeper into the increasingly psychedelic mass of sludge noise. It eventually flattens out into a grinding dronescape, littered with shards of feedback and growling amplifiers, wrecked guitar strings dangling from bloodied instruments, a huge slab of blackened buzzing ambient free-noise sludge like a Total record slowed down to 10 bpm, a syrupy buzzing roar stretching out into infinity. That song KILLS. The whole album does, actually. ...»