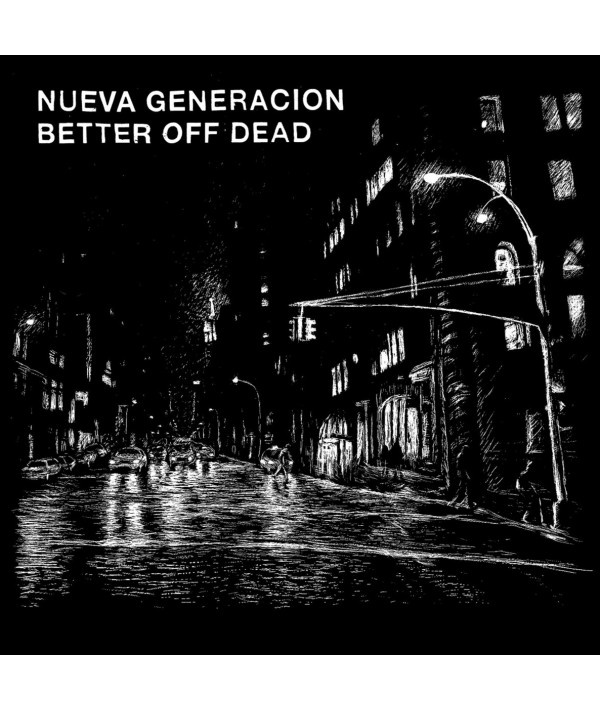 NUEVA GENERACION and BETTER OFF DEAD shared the stage several times and a friendship was born. The idea of this split came after a show in Montreuil in september 2018, one year after this 7" was out. Both bands have the same passion and the same commitment in the DIY punk scene, proving that DIY is also a great human adventure. NUEVA GENERACION hails from Murcia, southern Spain, they released another split 7" with MARMOL from Bilbao just before this one. BETTER OFF DEAD from Angers France spread here their third recording in a year with a new line-up. You should definitively dig this record if you like punk-rock infused with sensibility, energy and clever messages. Comes with a great engraving artwork by Kroquette, the one and only.