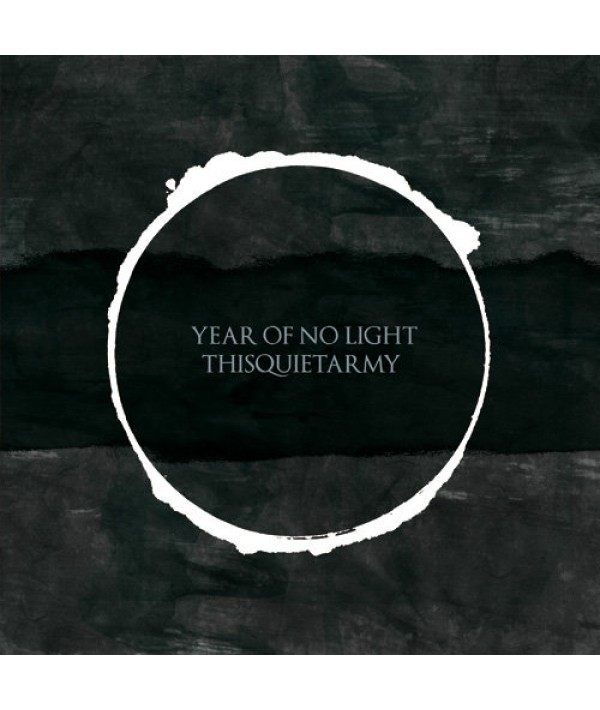 After the release of Ausserwelt, awesome record and critically acclaimed second album by YEAR OF NO LIGHT, we started talking last year with our old friends from Bordeaux about releasing something new from them. We talked about several projects of split and collaborations and eventually all agreed on the idea of sharing a new record with THISQUIETARMY from Montreal, Canada. This record pushes the idea of sharing a record to the extreme. Both sides start with a new song from each band, long songs (approx 12 min) which let both bands enough time to developp their own ambience full of intensity and melodic loops. These new songs are followed by collaboratives drones which prove that these two bands were made to work together and share a record. The atmosphere is dark but always full of melodies and progressions. The record deserves several playings for the listener to really hear all nuances and details.

Artwork & Layout by Nicolas Bazire
Recorded & Mixed by Year Of No Light & Thisquietarmy in Bordeaux & Montréal, 2011/2012
Mastered by Cyrille Gachet